I needed a brief getaway, one to relax and take time for myself. Someone recommended the Kripalu retreat in the Berkshires of Massachusetts, and I booked an R&R weekend. As the weekend approached, I started having anxiety dreams about very thin people clad in those tank tops with a million straps looking down at me, questioning what I was doing there. Was this experience going to be 48 hours of judgmental people fasting and contorting their bodies into the most complex asanas imaginable, or would it be the mellow, accepting respite I so needed?

I’m glad to say it was the latter. Here are some insights and recommendations from my weekend at Kripalu:

The grounds: Kripalu is located among the mountains with amazing views and a nearby lake. There are plenty of little paths and trails that surround the area, a meditation trail/garden, and a labyrinth (mildly disappointing that David Bowie wasn’t in the center). The building feels a little like a college dorm. There are a few lounges – including the bustling lounge on the first floor and the quiet Sun Room on the top floor. I shared one of the less-expensive rooms with my friend Emily, but you could also get paired with someone if you went alone, or upgrade to something swankier. The room wasn’t more than 2 twin beds, a dresser and a sink, with shared bathrooms in the halls. Explore your options on showers – the bathroom closest to our room only had shower stalls, while one a little farther away had a more comfortable setup of a shower stall and adjacent changing room.

People: I never felt out of place. There were people of every age and body type there. I even saw someone I knew through work, and a reporter from CNN. The staff was terrific! Yoga teachers were encouraging, energetic and kind, and those teaching lessons were knowledgeable and engaging. My interactions with the Healing Arts team doing energy work and metaphysical work were the only ones that were underwhelming. The staff creates a full schedule, so there’s never a dull moment, though I was free to do as much or as little as I wanted.

The movement activities: They offer different levels of yoga, so I could take a soothing gentle yoga class while Emily could enjoy a more intense session. The Qi Gong teacher was hilarious, but I would have preferred that he did more movements that are inspired by animals or elements of nature. Yoga Dance was offered too, and the Saturday session had live drumming. It was weird and bizarre. but we all got into the ridiculous fun as we wandered around the room combining dance moves, yoga and positive affirmations.

Magic Moment: During Yoga Dance, the instructor had us periodically stop, look at another person and say “You’re so beautiful,” and then respond “Thank you very much.” Then we repeated this with more people and more compliments like “powerful,” “groovy,” and “strong.” In the beginning, we all responded with a humble “thank you very much,” shrinking into ourselves and blushing. By the third or fourth round, the “thank you” was voiced as an affirmation of what we already knew about ourselves. It transformed from a statement rooted in politeness – aw you’re too kind and are just saying that – to really owning what the other person was saying – Yes! Yes, I am beautiful, powerful, etc. Thank you for noticing.

Classes: These were interesting, but a little out there for me. I took the approach of “take what I want and leave the rest,” which made the lessons more appealing. For example, I attended a session on Ayurveda, which is the sister-science to yoga. I appreciated learning the theory behind how energy and elements influence our bodily systems, but when it turned to an instructional course telling me when I should awake, eat and meditate, it became too prescriptive for me. I took a similar approach to a lesson on chakras and one on tarot cards and intuition, and gained some useful insights for myself.

Magic Moment: During a class called “Awakening the Dreamer in Me,” we all had to say what we would do with our lives if we knew we couldn’t fail. Some people wanted to start businesses or travel. I picked performing on Broadway. Then I thought, this was a cute little exercise, but it’s not actually going to happen. What’s the point? After a few more readings and activities, we re-examined our dreams by articulating what about them specifically that appealed to us. So, my Broadway dream is really about wanting more whimsy in my life, more carefree movement, more storytelling, more song. Then we were challenged to think about ways we could incorporate those specific elements into our lives more. So that silly little question, that unattainable dream, became a very practical way to figure out how to get more enjoyment out of life. Since then, I’ve completed my first improv class!

Food: Meals were delicious! Served buffet style in a nice cafeteria with plenty of variety. A menu was posted outside the cafeteria so I could plan my meals for the day. Breakfast is silent, and Emily and I quickly learned that not talking to each other wasn’t possible. We had to eat breakfast at separate tables.

Healing Arts services: They have plenty of spa experiences to take advantage of – massages and such. I had a gift card and decided to treat myself to a session that I would never normally spend money on -reiki, which is where energy is moved through your body, dispelling bad energy and reducing pain. I had heard really good things about reiki from people I trust and respect. I believe there are good reiki masters out there, but I don’t feel like my session did much for me. I thought it would be fun to do a psychic session too, and that wasn’t especially enlightening either.

Himalayan Sound Bowl Meditation: For me, no actual meditation occurred during this session. Through no fault of the leader, I was simply too mesmerized to close my eyes. The guide had collected dozens of cooper colored bowls over the years, some as much as 200 years old. He arranged them beautifully on a richly colored carpet with wooden stools, and placed candles around them. The result was a beautiful montage of warm glows and natural elements, and the candle lights flickered on the ceiling to compose a beautiful pattern of light. Then the guide began to strike the bowls, each creating a different tone, pitch and vibration. I did actually try to meditate in the beginning, but I had to take a peek to see how he was creating these sounds. Sometimes he struck the bowls, sometimes he encircled the rim of the bowl. It was too much of a performance to close my eyes and retreat inward when so many amazing things were happening.

The weekend was fantastic – I learned new things, got some fresh air, and laughed a lot with my BFF. I would go back in a second if anyone wants to join next time! 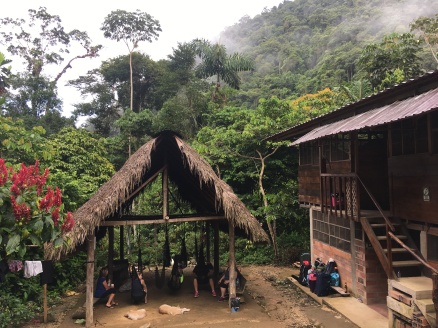 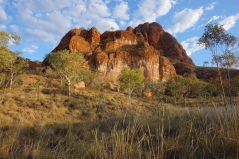 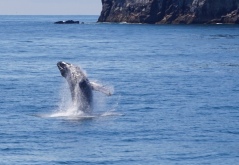 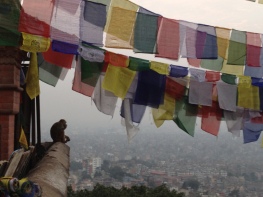 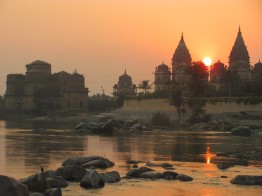 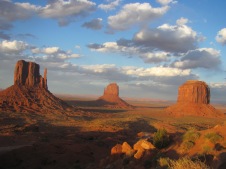 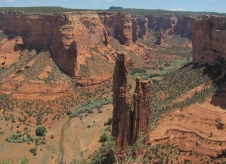 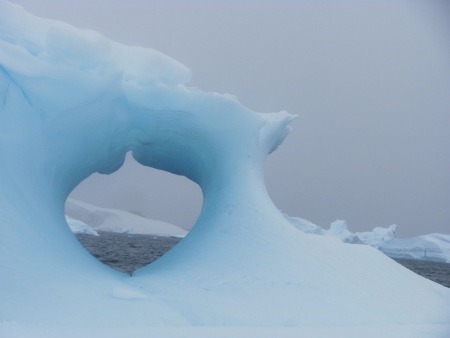